“Those in the market that are looking for a small crossover that has style and swagger now have the 2016 FIAT 500X to look at.” 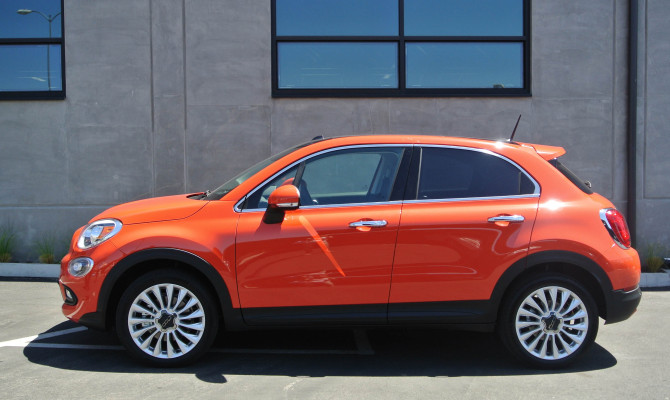 Winding down an exceptionally sinuous road near Malibu in Southern California, I can’t help but think to myself, “Wow, FIAT was pretty brazen in putting their new, small crossover on such technical roads.”

Switchback after switchback, the turns just keep coming at me. The road was narrow; barely accommodating another motorist, who decided to ascend such a route, so you need to be at the top of your game. So does the vehicle.

But as I weave the all-new 500X through these bends and twists that move faster than a slithering snake ready to pounce on its prey, I also think this vehicle is doing really well.

Steering is weighted to give the driver good feedback. There’s also a Sport mode that can be accessed through the Dynamic Selector system (depending on the trim opted for), to give you a little more oomph in those kinds of conditions. For situations where you want more traction, there’s a Traction + mode, too.

The 6-speed manual transmission only comes with the 1.4L engine and the front-wheel drive configuration. Meaning, if you opt for the bigger 2.4L, than you’re going to get a 9-speed automatic. However, you can get the 2.4L engine either with front or all-wheel drive. Another set of choices for you.

Here are even more numbers for you!

I had the opportunity to try both engines in the 500X. The 2.4L definitely feels better suited to the size of vehicle.

The X accommodates up to five passengers and offers 524L of cargo room behind the second row seats. Legroom in the back is decent, especially for its small crossover designation.

The 1.4L with the manual isn’t bad, but you can feel the engine working overtime to get up steeper inclines. Though I still love it because it’s a manual!

The drawback, some might encounter, with the 9-speed auto is that there are many gears it has to choose from, so it likes to shift. To placate that characteristic, simply put it in Sport mode. It makes a big difference.

The exterior styling – whether you’re a fan or not – gives this vehicle character. Its interior is also another strong point.

Furthermore, you have the ability to hook the X up with the brand’s Uconnect system and a 165mm (6.5-inch) screen.

A pet peeve of mine on previous FIAT’s was the volume button. A knob has now replaced that. Thank goodness! It wasn’t necessarily a deal breaker for me, but more of a nuisance.

The ride remained comfortable throughout the various environments we drove through, whether on the twisty roads or cruising along at highway speeds.

Additionally, the cabin remains quiet from outside noises, so carrying on a conversation even while accelerating up a hill wasn’t bothersome.

Those in the market that are looking for a small crossover that has style and swagger now have the 2016 FIAT 500X to look at.